To read my review of the first book in this series, click here: Numbers Games. 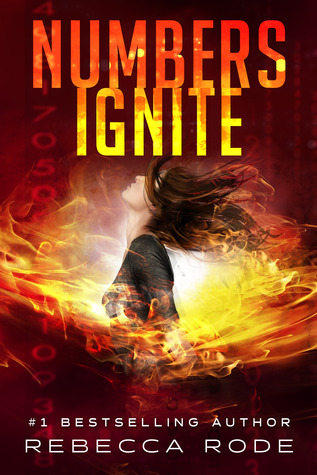 After Treena’s disastrous attempt to unite the nation, she has the deaths of hundreds haunting her dreams. Now, with hatred and accusations following her past the border, she’s determined to leave that horrible day behind and find a peaceful, uneventful life with Vance and the settlers. But when she starts seeing mysterious figures hiding in the abandoned cities at night and uncovers a strange desert population, she realizes there’s a danger much greater than NORA to worry about—and she just abandoned her people to their fate.

Vance is a prisoner. Being rejected by the girl he loves and put on trial for betraying his clan are bad enough, but now he’s been framed for a crime he never committed. Their less-than-perfect refuge has become the political game of a madman, and Vance is the only one who can stop it—if he can keep from being executed first.

Treena and Vance are still very much in the game, and this time it will take everything they have to save those they love" (GoodReads.com).
Opinions: I liked Numbers Ignite more than the original Numbers Game.  Sequels tend to lose some of the initial intrigue and spunk that the reader gains in the first book. In fact, Treena feels more real to me now--the struggles and decisions she faces and the choices she has to make. Even Vance feels more three-dimensional to me, which is impressive because I loved Vance from the first story. Both characters endure a personal journey that gives them growth, tenacity, and more strength. The expansion of secondary characters is intriguing and I love where its going. The story development still fascinates me and Rebecca Rode does a great job of placing me in her world to the point I can visualize everything.  I still want to punch Dresden in his pretty Bike Boy face, but that just means that Rode did a great job of making me care about the characters. Overall, if you are into YA and/or Dystopian, then you should most definitely read this series.
Posted by Fabulous Reads at 10:25 AM