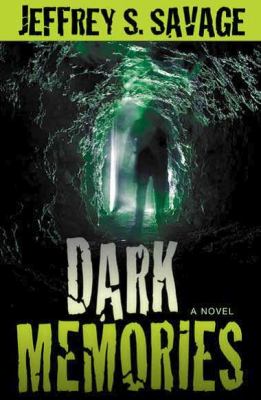 Title: Dark Memories
Author: Jeffrey S. Savage
Reviewer: Karen
Genre: Adult Horror
Rating: Love/Fabulous
Alerts/Warnings: Several murders as seen from the victims point of view.
Premise: "Police Chief Cal Hunt's investigation into a recent string of bizarre murders in Twin Falls takes a chilling turn when he learns that each of the victims was a survivor of the Seven Stars Mine incident" (Pleasant Grove Library).
Opinions: I do not read horror, usually. As I've said before, I have too active an imagination and always end up staying awake, jerking at every sound, every movement after reading a horror book totally unable to sleep. But I love everything that Jeffrey S. Savage (a.k.a. J. Scott Savage) rights. And he just won the Whitney Award for this very book. So I read it. And. . . .I was scared, I was tense, I was intrigued, I was grossed out, I got the ebbie jeebies, and in the end I cried. So yep. It was good. There was no swearing, and for being a horror it was a LOT cleaner than I expected. I was fascinated by seeing the story from the different characters affected by what was going on, but I loved Chief Cal Hunt. His depth and emotion were real to me. The only reason I didn't give it a full out FABULOUS rating is because I was grossed out and got the ebbie jeebies, but since that's the point of a horror maybe it should be higher. I'll let you decide.
Posted by Fabulous Reads at 12:09 PM